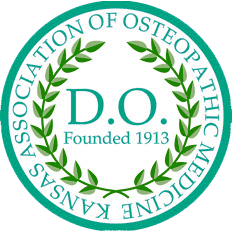 What Are Growing Pains?

Home/advice/What Are Growing Pains?
Previous Next

What Are Growing Pains?

Growing pains are often explained as an ache or stabbing pain like a pulse in the legs. Growing pains often tend to affect both legs and occur mostly at night, and may even wake a child up from his/her sleep. Although though these are called ‘’growing pains’’ there’s no evidence or proof that growth hurts. In most cases, the growing pains are connected to a lowered pain threshold or, in some cases, to psychological issues. Don’t worry. It doesn’t mean you are going crazy.

Children may also experience abdominal pain, calcaneal apophysis, which is somewhat rare, or headaches during what you could call an episode of growing pains.

Growing pains can start to take effect between three to five years or eight to twelve years of age. Contrary to popular belief, growing pains aren’t the only cause for back pain, pain in thy, or even pain in the shoulders during puberty or growth spurt. Yes, they do have a surprisingly significant role in a growth spurt, but other factors cause the pain of a growth spurt.

Most of the body growth that causes pain for young females is caused by the changes the body makes to accommodate childbirth. Also, the growth of the hips and breasts, Mixed with menstrual cramps can cause tremendous back pain, hip pain, and pain in the inner and outer thighs. For young men going through puberty, the primary source of back pain is his growth spurts, which can be quite a painful process. For the few men who grow a few inches overnight, receive the most pain with growth because of how rapidly the body changed. There are some cases the pain can be so bad it will wake you from sleep.

What are some treatments for growing pains in your legs?

If the pain is unbearable and you can’t stand it, the parent or caretaker should administer (dispense or apply) pain-relieving medications, such as ibuprofen or acetaminophen. Aspirin should usually not be given to children or pre-teens between the ages of 10-15 as they tend to develop a severe and painful illness known as Reye syndrome.

If you are against using medications, then stretching your legs and arms daily may calm some of the joint pain.

Placing a heating pad on the region of the pain can also ease the pain, or receiving a massage by a loved one can help relieve pain by relaxing the muscles.

At what age ‘’ do or should’’ growing pains stop?

Most males stop growing around the age of 21. Depending on what age you are and where the pain occurs, it may be signs of rheumatoid arthritis, especially if you are getting joint pains in your hands and knees.

About the Author: Dr. Timothy Wolff

Dr. Timothy Wolff offers a special hands-on approach to patient care and does Osteopathic Manipulative Treatment (OMT), read about the difference here. He believes that all parts of the body work together; looking at the patient as a whole to reach a diagnosis rather than just treating the symptoms.

Treatment Consent Form
Accident Injury Form
2020 New Patient Form
Yearly Patient Info Update Form
HIPPA Privacy Notice Have Questions? We Have Answers. How Can We Improve? Let us Know. Use our Suggestion Box
MOST PEOPLE HAVE NO IDEA HOW VALUABLE HEALTH IS UNTIL THEY LOSE IT